The Northern Lights over Southern Alberta

The Aurora Borealis has been very strong for a few nights in a row, reaching southern Alberta regularly which comes after what has seemed like a very long absence.  Perhaps it has just been me that was absent for shows since last year but being out for this one on the night of March 18-19.  When I went out at 11pm, there was a dull green bow low in the sky towards Calgary.  After a while, the arch began to glow brighter and stretch higher.  Columns then started to separate from the green band and the arch itself dissolved.  For the next couple of hours the lights shifted their shapes, colors and intensity. 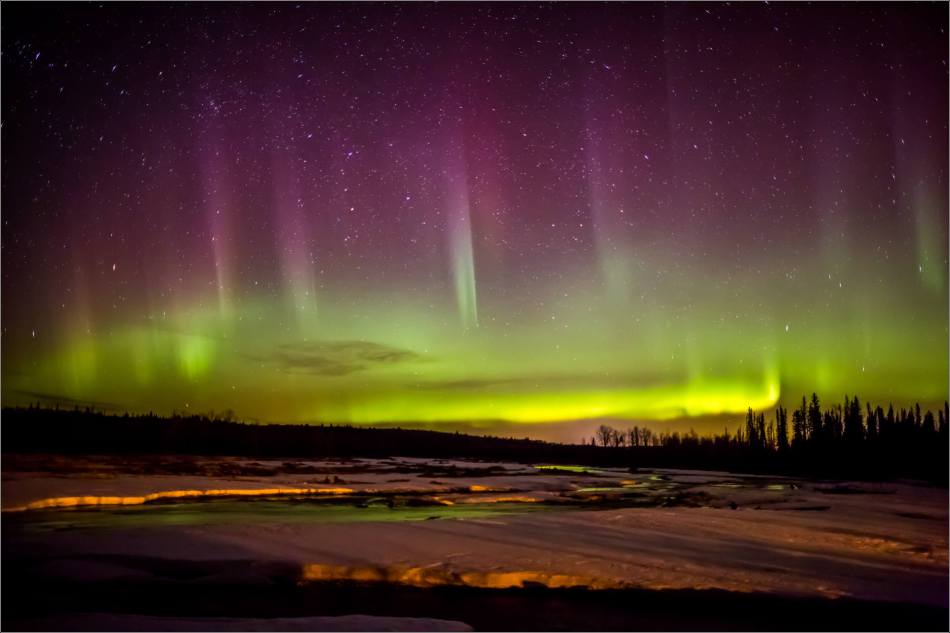 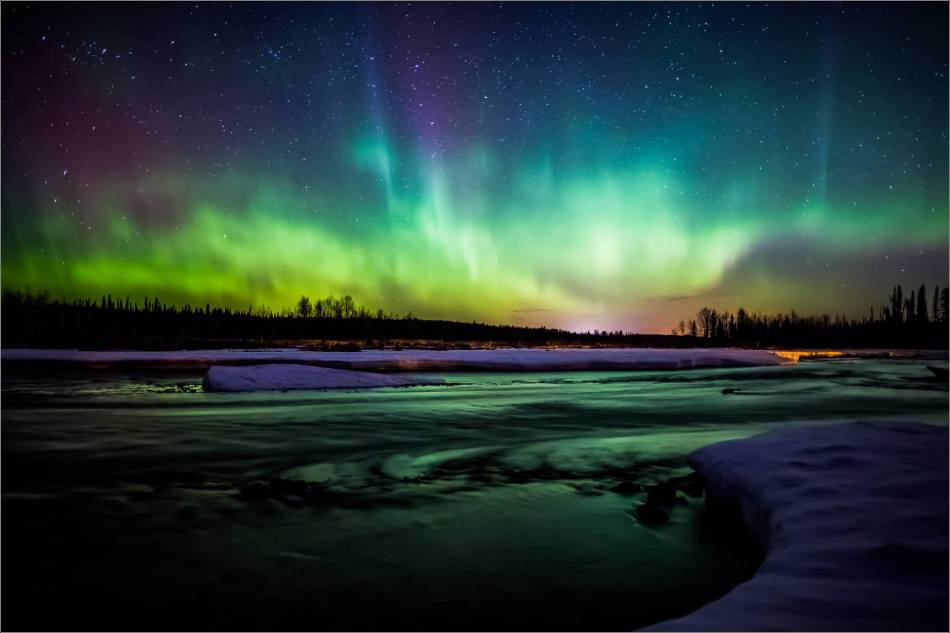 I was out on the berm that sits between Redwood Meadows and the Elbow River.  The height of the berm, the rocky shoreline and the snow remnants allowed for a variety of perspectives.  The three and half hours that the Northern Lights performed allowed me the time to explore these.  It was an amazing night. 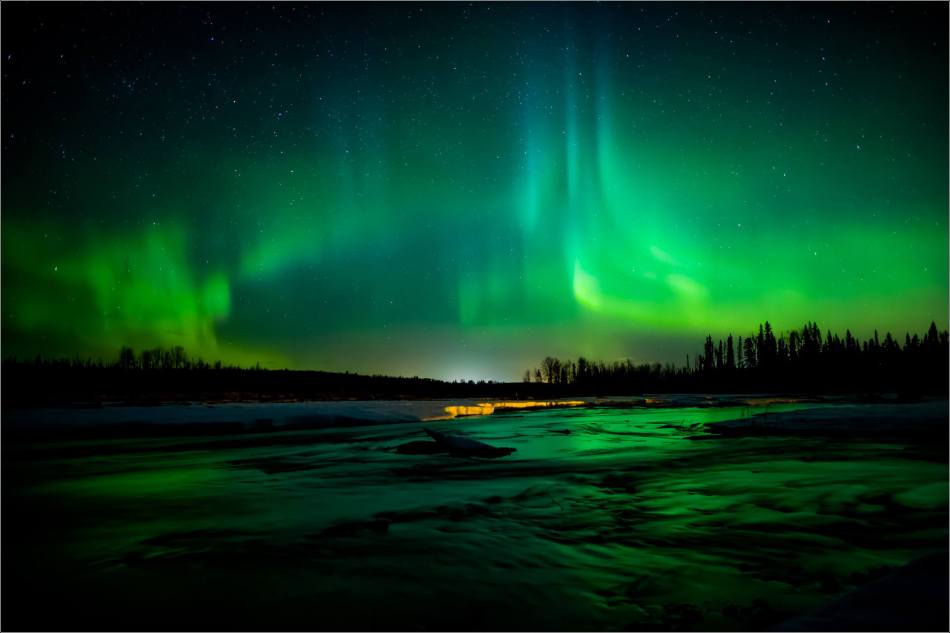 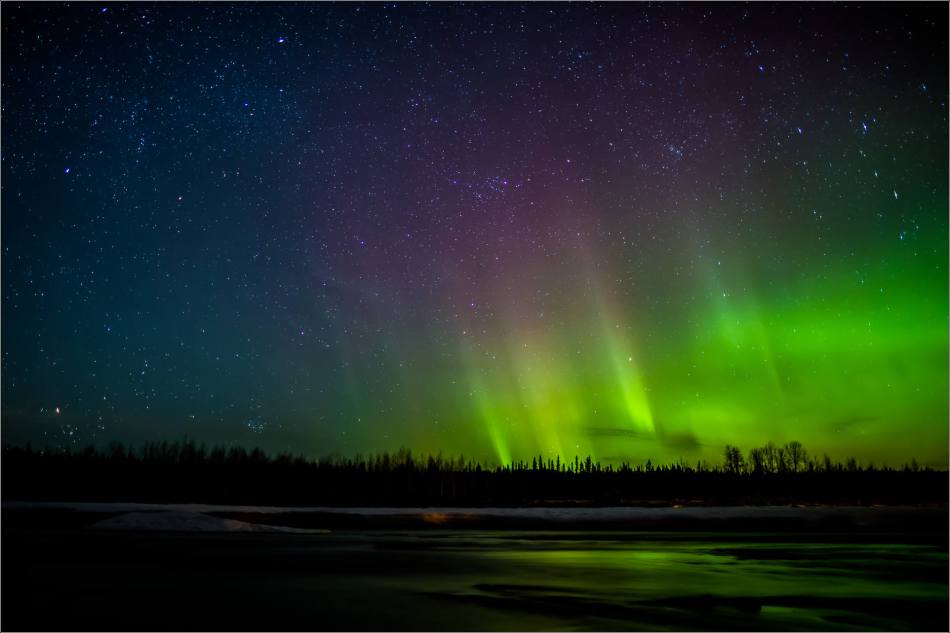 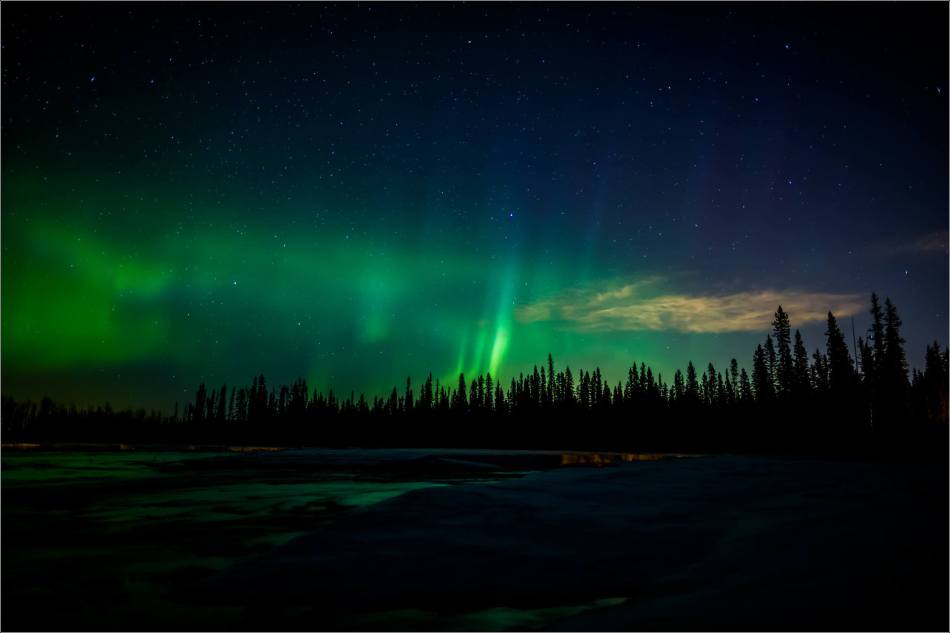 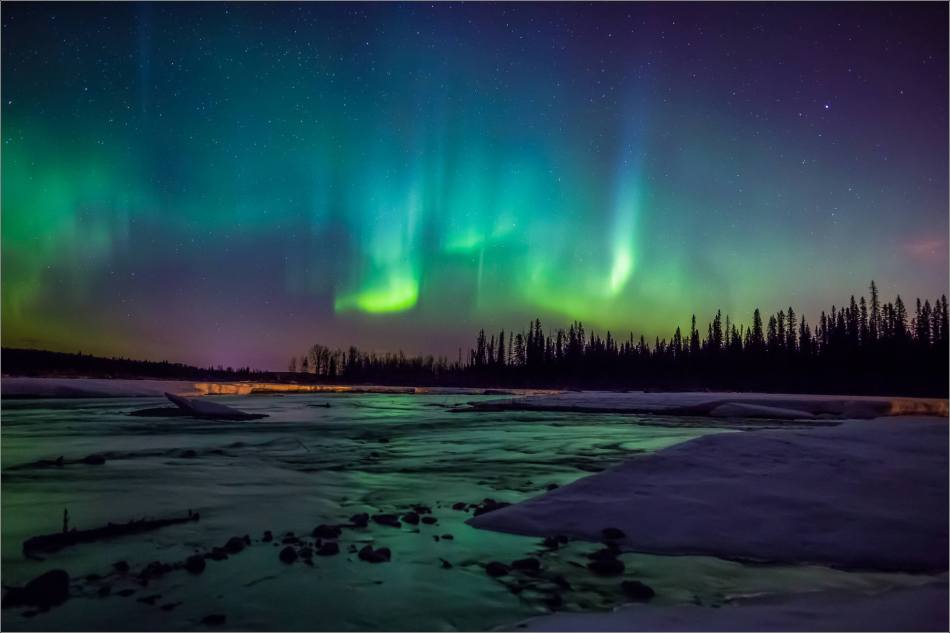