Last weekend I was in Kananaskis and was very fortunate to watch a Grizzly bear digging up roots, swimming in the Kananaskis River and walking above and along the shoreline.  After a beautiful, mist-filled morning at Wedge Pond I pulled out my longer lenses and drove along Highway 40 intent upon driving over the Highwood Pass.  There is a spot a few kilometres south of Mount Kidd where a bend in the river draws close to the road and affords a clear view of both sides of the shoreline.

I saw the bear walking into the forest above the water as I came up to the river bend.  She came back into sight a couple hundred metres further down in a small clearing.  For a half an hour she shuffled between a couple of similar breaks in the forest above the water.  I thought she was going to continue around the corner and out of sight but instead she walked into the water and swam across to the other shore.  She pulled out of the water and set about digging back in the trees for most of an hour. 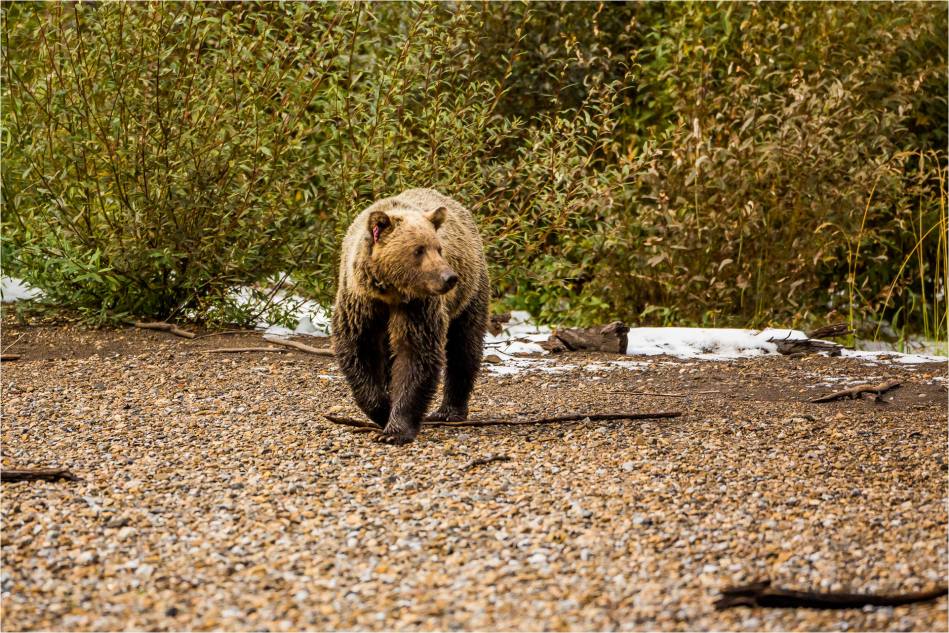 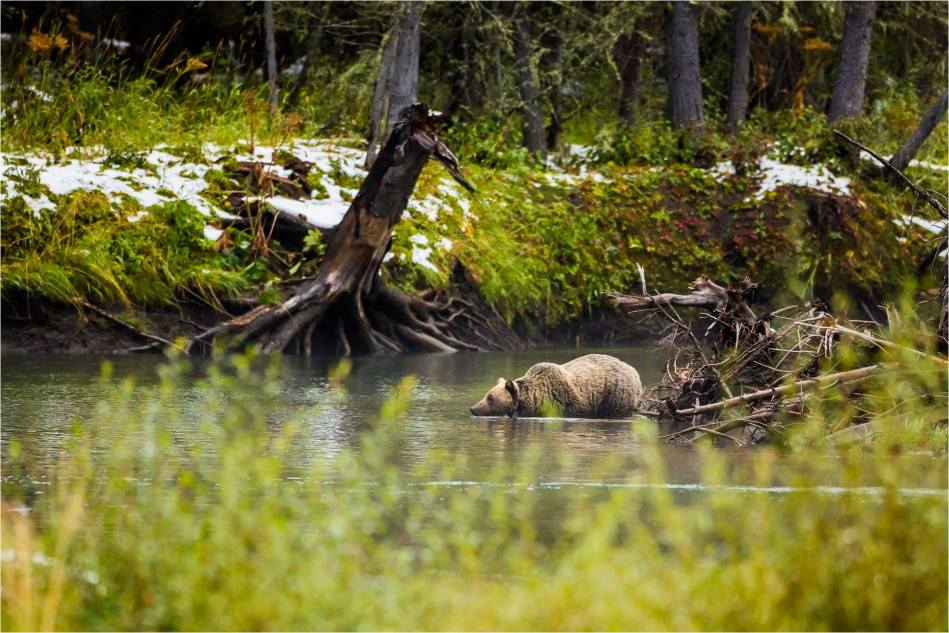 She came into clear view on the bank twice which allowed for some nice opportunities.  The rest of the time I enjoyed watching her  as she went about her business.  During this time, one of the park rangers stopped by and monitored the bear for a while.  He kindly shared information about this beautiful animal.  She is Bear Number 151 and is one of three cubs that left their mother this spring.  The mother is native to Kananaskis and raised the triplets in the area for their first three years covering an impressive amount of territory during that time.

151 looked very healthy and the ranger confirmed that these bears were doing well and had not developed any habits which could bring them into conflict with people.  I was very glad to hear that.  He carried on with his duties which called him to other parts of Kananaskis and I continued watching her.  Several times, when a few minutes had passed with no sign of her, I thought she had melted into the forest and ended this special encounter.  At one point I didn’t see her for 15 minutes and had begun packing up my gear.  I looked back towards the river just as she stepped out of the thick bushes and onto a sandy strip on the far side of the river. 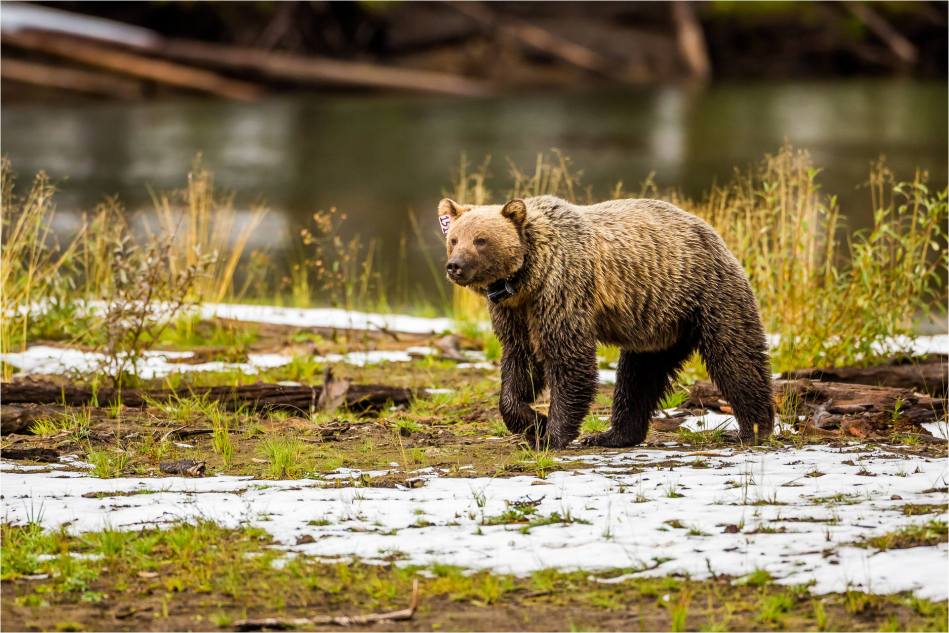 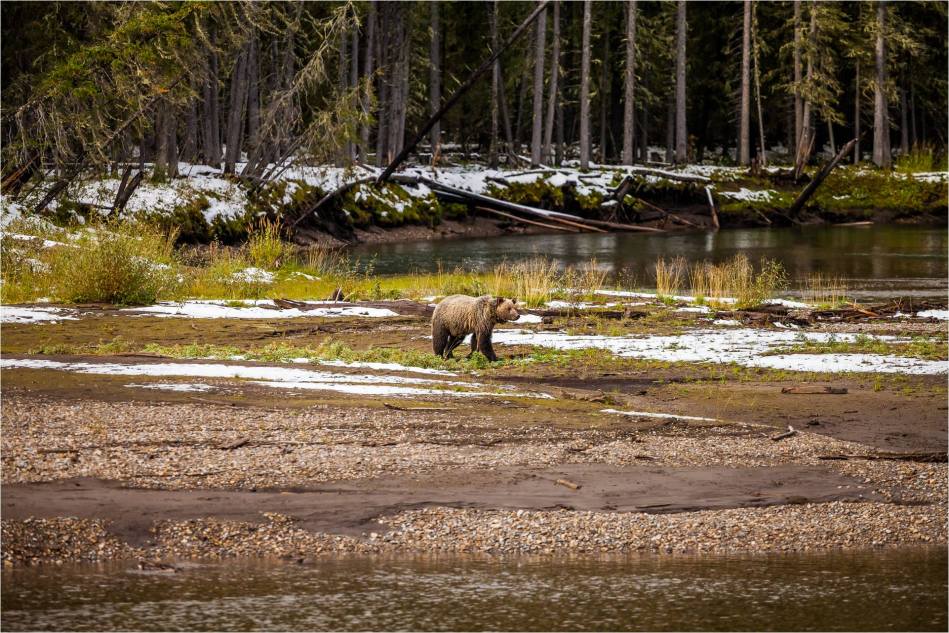 She sniffed at the air, angled to her left and crossed the sand.  At the water, she crossed a shallow part and then swam over to a dead tree likely uprooted in the 2013 flood. 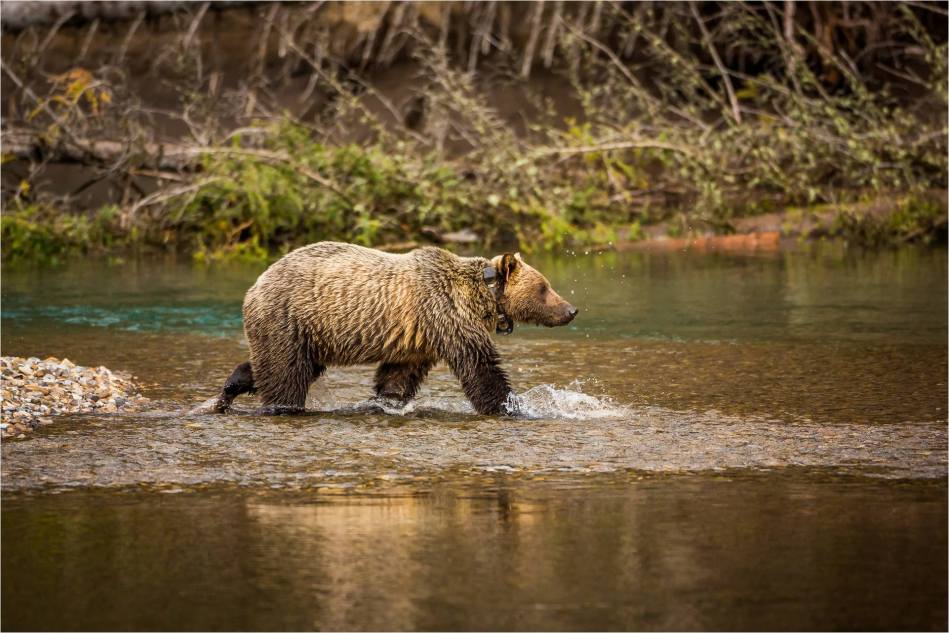 It was a first for me to watch a bear climb this kind of tree, with all of the spiny branches, in this river shore landscape. 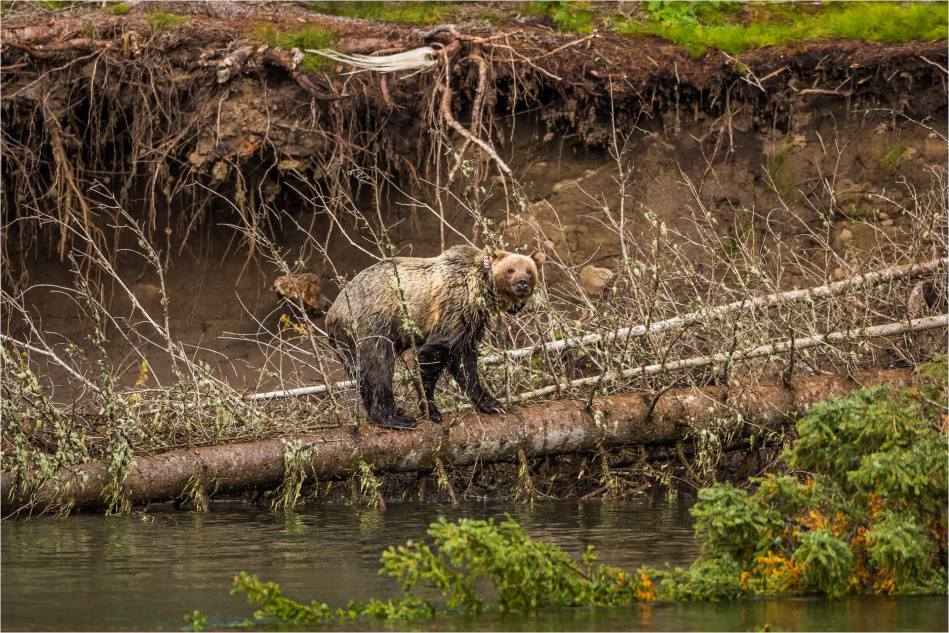 I really had fun photographing her moving through her land.  When she got onto the bank, returning to the clearing where I had first photographed her, she made a quick dig for roots and then walked into the woods towards the road.  I jogged up to the road and after a few minutes she came out a few hundred metres north, quickly crossed the road and headed into the forest that anchors the western slope of The Wedge. 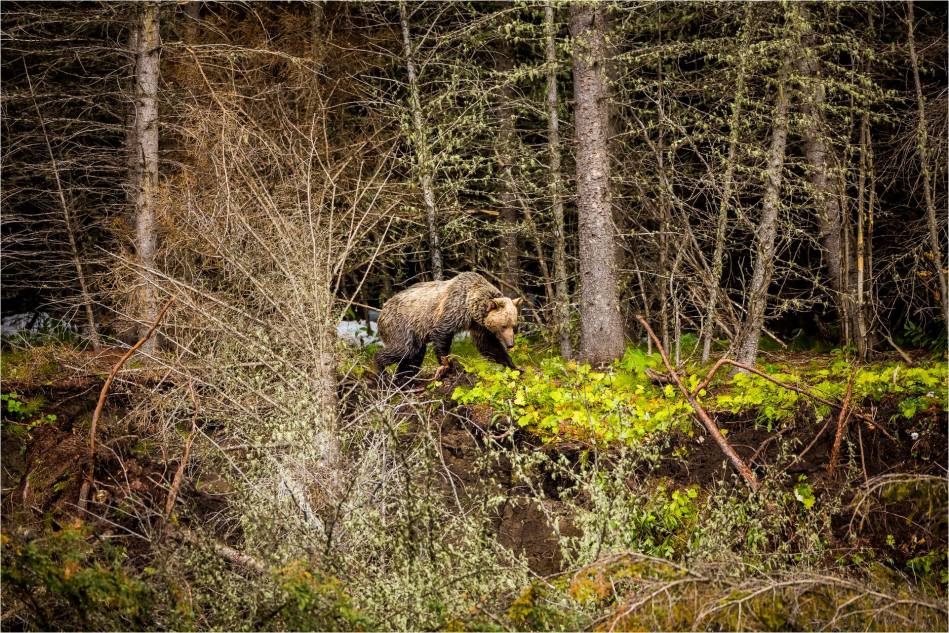