A Grizzly bear male watches from the tall grass of the Khutzeymateen Estuary.  He looked to have been on the wrong side of a couple of fights judging by his beaten up coat. 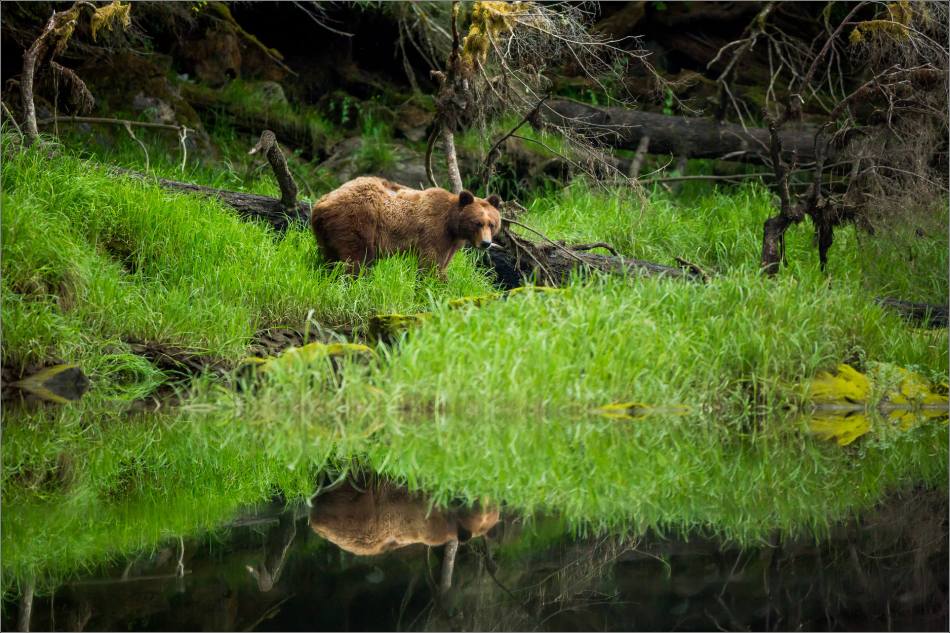 We were on a zodiac inflatable and he was on the edge of the river.  We looked at each other, us six in our boat and him now on a log.  He growled and huffed while swiping his claws across the tree bark.

Then, having made his point, he turned his back on us, indicating that we were no longer worthy of concern and continued feasting on the sedge. 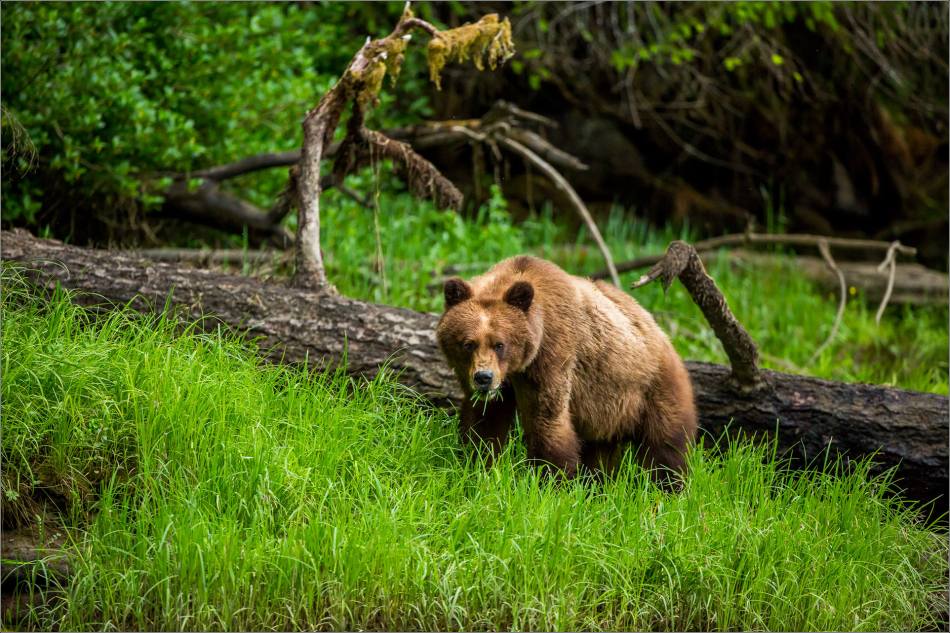 We watched him as we retreated and he wandered to the edge of the forest and then disappeared from view.