A Banff Grizzly on the move 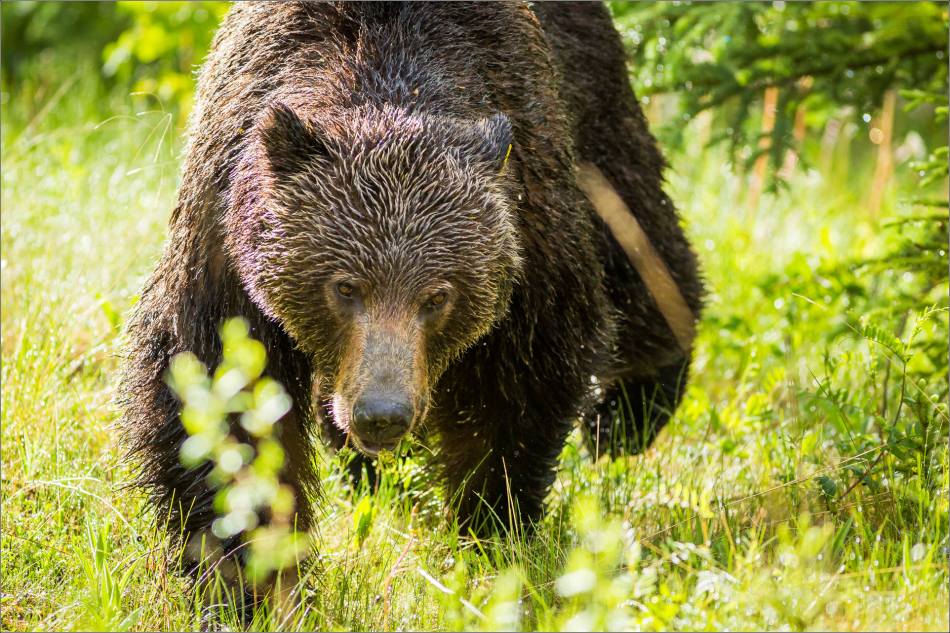 I spent one morning in Banff on the weekend and came across a male Grizzly Bear (Ursus arctos horribilis) along the Bow Valley Parkway.  He spent some time in one roadside meadow chewing on a everything green he could see.

Before long, he crossed the road and then headed into the trees leaving a group of vehicles and their occupants behind.  I hoped he was heading towards a larger meadow about a mile east and drove there to wait and see. 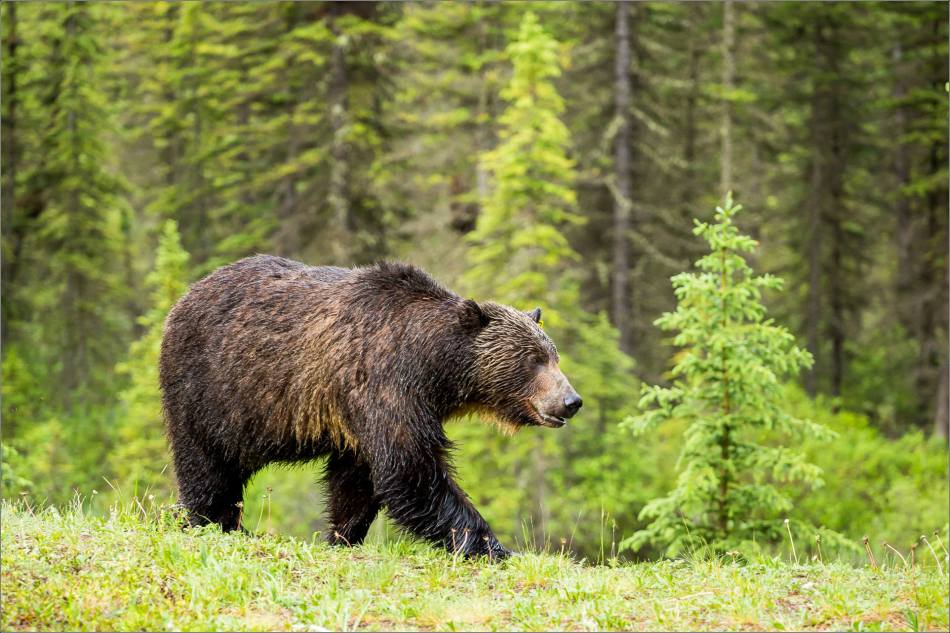 Apparently the dandelions and lush vegetation were calling him and after not too long a wait he strode out of the forest and continued chowing down.  He stayed there for more than an hour, disappearing briefly a couple of times before finally heading deeper into the shadows. 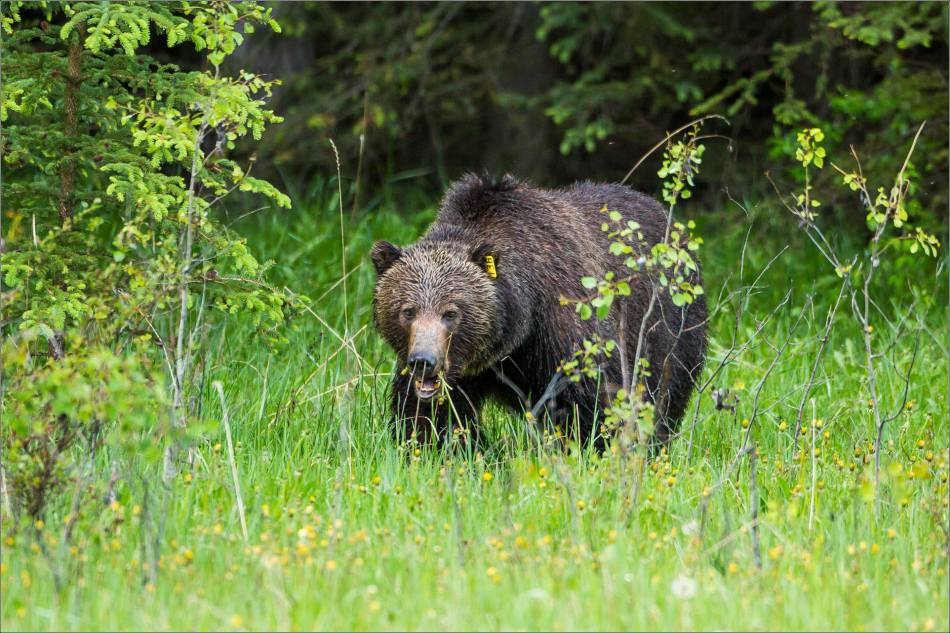 Although winter felt slow to leave, the greenery now seems abundant and makes me hopeful this bear and the other animals in the park will enjoy a long summer feast. 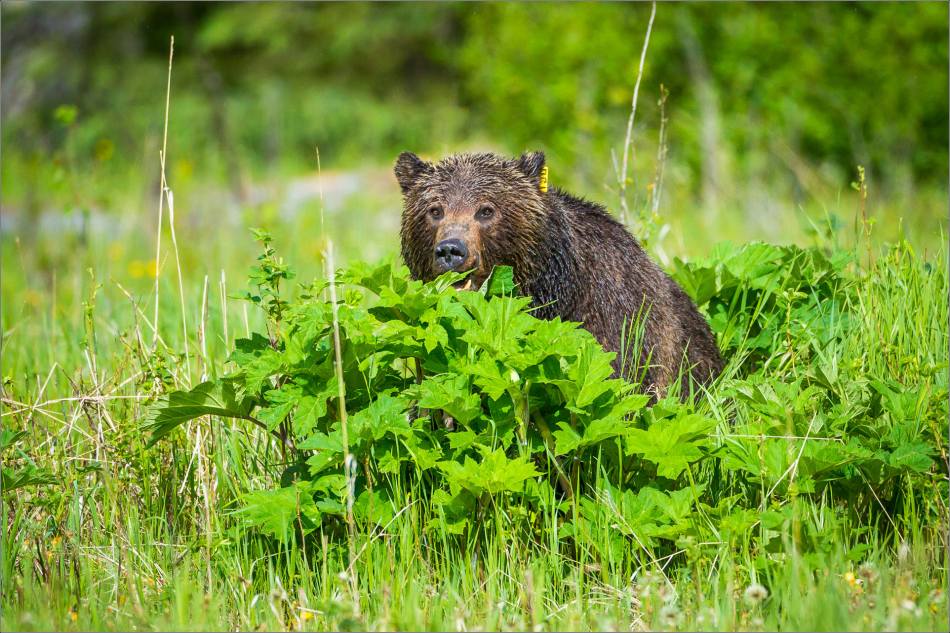