Red-tailed Hawks have returned to the prairies 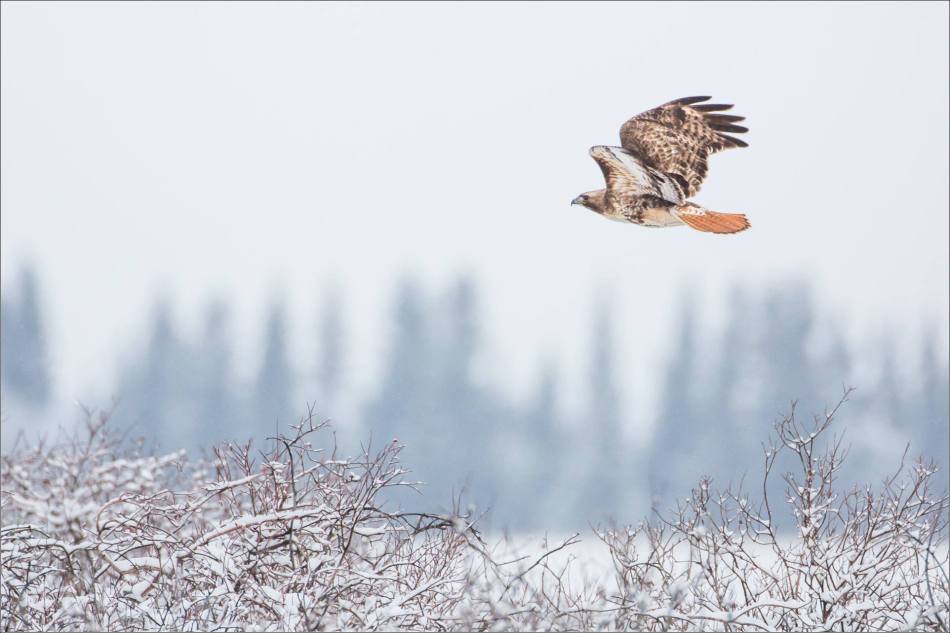 Red-tailed Hawks (Buteo jamaicensis) have the good sense to avoid winter on the prairies and they head south in late fall each year.  It’s always exciting when they start to return and I have been seeing them more and more over the last couple of weeks.  A little while ago, I found this one perched in a great, wild-looking tree along Highway 8, west of Calgary.

I could see the hawk was getting ready to fly so I watched from the ditch for a minute until it launched.  There was a second hawk, presumably its mate, in a tight stand of trees so I figured that would be the direction it flew. 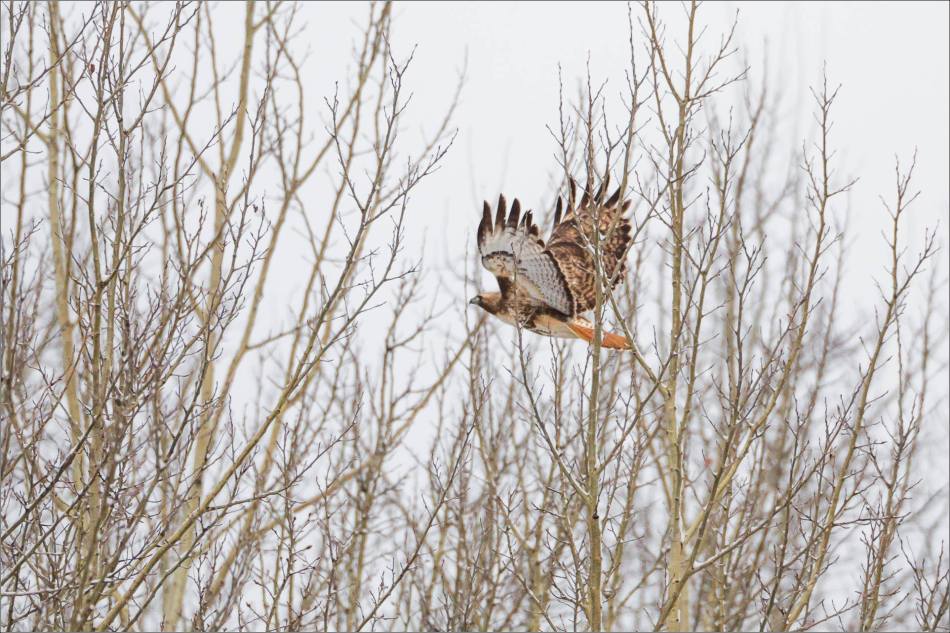 It landed beside its partner and when I drove past them I could see a nest buried in the far side of the trees.  Photographs of the nest would not be in their best interest but I hope to see chicks fledge later in the spring.

This entry was posted on April 28, 2014 by Christopher Martin. It was filed under Alberta, Hawks, Wildlife and was tagged with alberta, bird photography, Buteo jamaicensis, Canada, prairie, red tailed hawks, wildlife photography.