Prairie Falcon over… the prairies

When I was waiting for my new owl friends to provide a beautiful through-the-window moment, my tripod and I were set up out the open on the snow-covered field that surrounds the barn.  I was not expecting any other wildlife to swing by given my foreign presence but this Prairie Falcon (Falco mexicanus) must have taken pity on me. 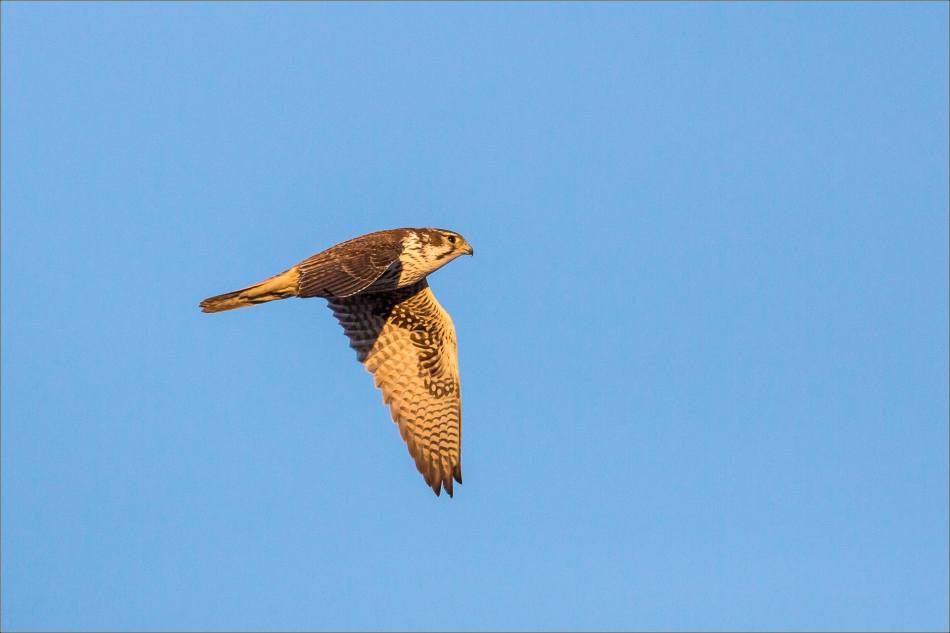 More likely, it was scanning the ground for dinner and the sun’s low altitude in the evening kept it from looking in my direction until it was pretty close.  I was happy to see this hunter though as the light was beautiful and the bird even more so. 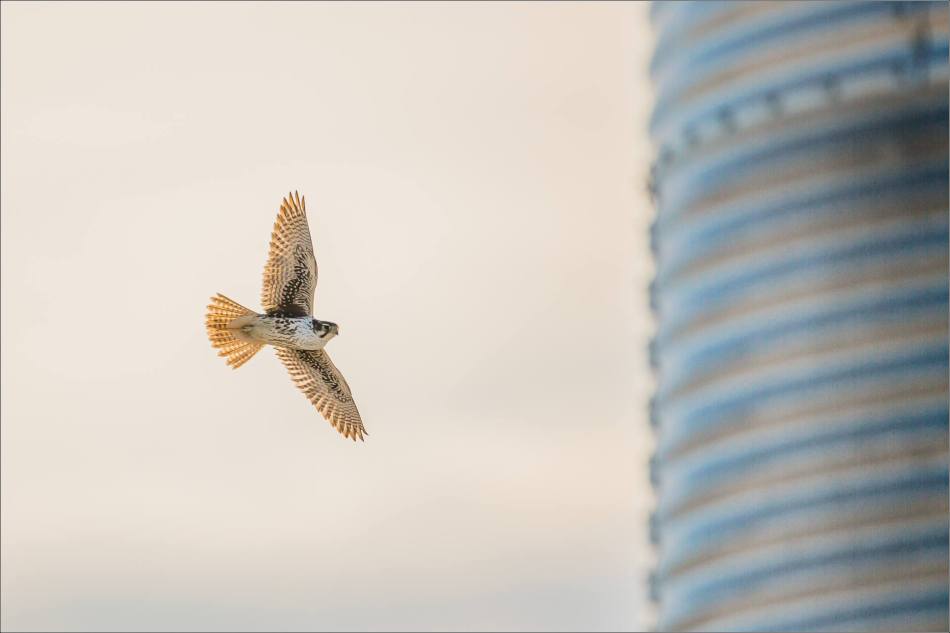 It was a very pleasant surprise when I ran across another one of these beautiful birds (maybe the same one) when I returned to that same area a couple of days later.  Well we didn’t really run into each other – I was driving and the bird was flying around a grain silo.  It circled around me twice which gave me a moment to get out of my car and track it a bit easier.

This entry was posted on January 24, 2014 by Christopher Martin. It was filed under Birds, Wildlife and was tagged with bird, Falco mexicanus, flight, flying, nature, prairie, Prairie Falcon, wildlife photography.