An eagle enjoying a feast is not often left alone for too long in Brackendale.  Finished spawning, the salmon drift downriver listlessly and eventually die naturally or with the assistance of the scavengers along the rivers.  The effort is in pulling the fish out of the water.  When that is done, competition often arrives to stake a claim.  Skirmishes, jousting and all out fights can breakout before one eagle is chased off.

This eagle was unchallenged as we floated past but it kept its head on a swivel wary of potential thieves.

In another spot, there were a lot of fish along the rocks and a lot of eagles vying for them. 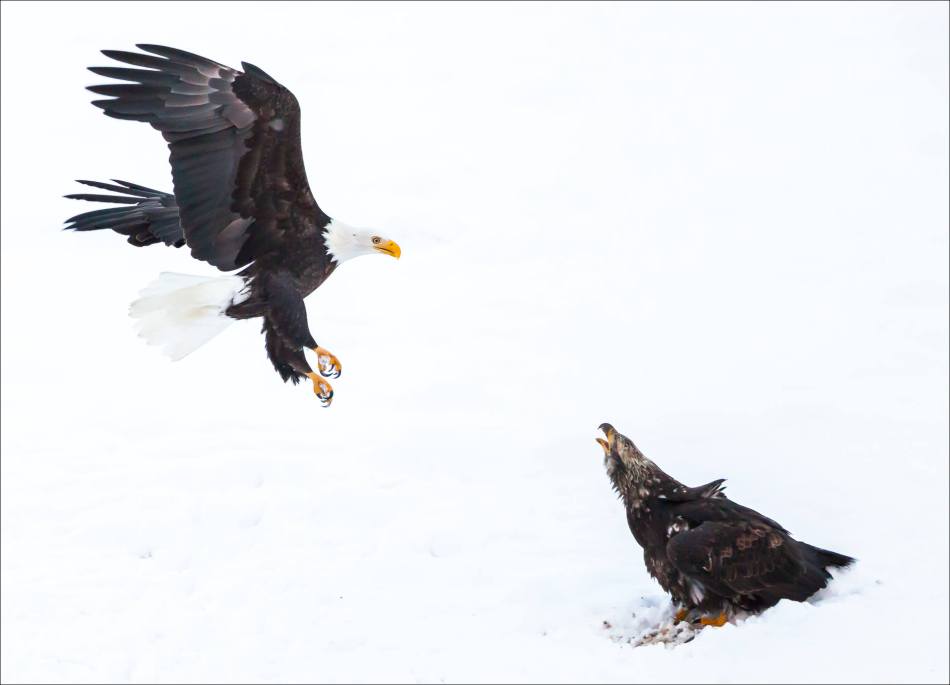 Occasionally, as in the photograph below, an equilibrium of sorts will be found where a few eagles will take turns on a fish with little aggression.

However, one eagle soon came screaming in and upset the delicate balance.

There are many gulls that wait for opportunities to grab bits out of the water.  When eagles aren’t around, they have similar battles over prime spots.