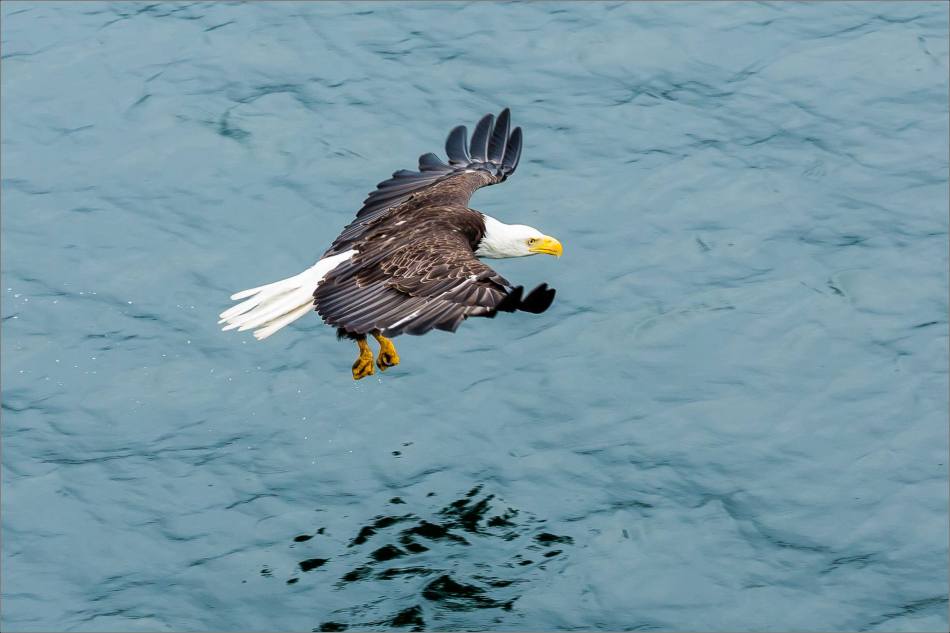 I was out on the ocean with my friend Jeff yesterday.  We are heading into the Khutzeymateen Grizzly Bear Sanctuary this morning for four days on a boat where we will be looking for the wild bears that own this remote inlet on British Columbia’s Pacific coast.  That’s today but yesterday we were out whale watching leaving from Prince Rupert and cruising the coastline in search of humpbacks.  On the return, there were a pair of Bald Eagles (Haliaeetus leucocephalus) attracted by fishing scraps thrown overboard in the channel. 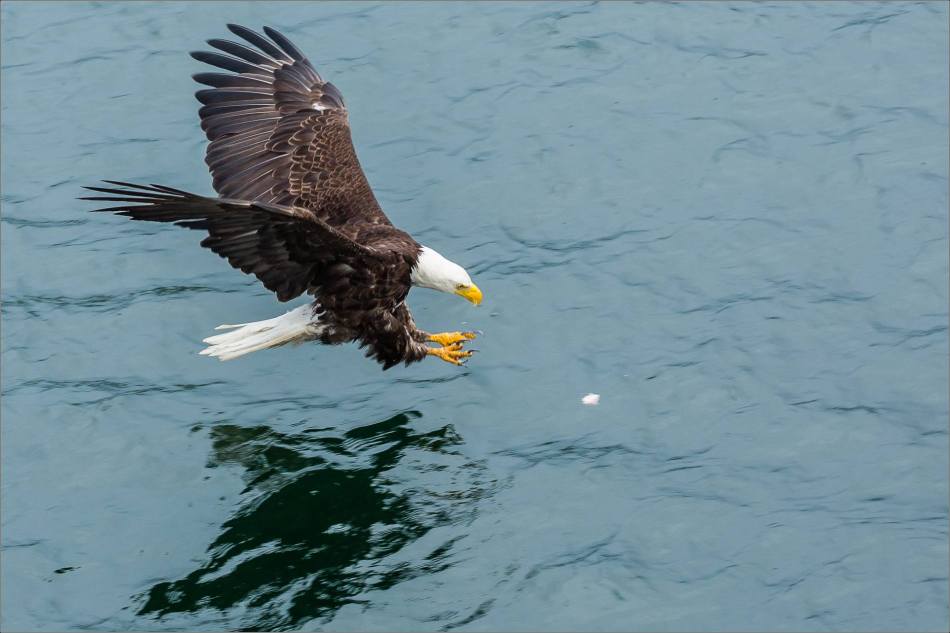 I saw it as a rare easy meal for these beautiful creatures.  Seemed like good target practice as well.  They circled around a couple of times for the chunks of fish, chasing off a large raft of gulls that seemed to materialize out of thin air. 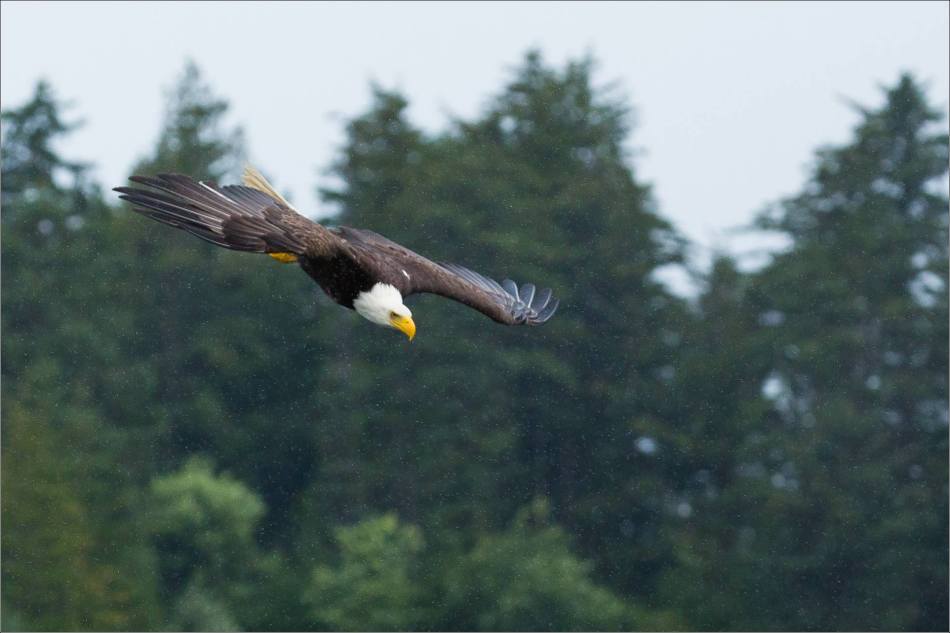 More to come in a few days when I get back.