Hawks on the Prairie

This summer has been very good for hawk watchers on the prairies around Calgary.  To the west around the Springbank area I have spent a number of afternoons watching mostly Swainson’s Hawks scouting over the fields.

This is a small set from a few of these encounters.  I looking forward to a few more before fall comes and these fair-weather friends head south. 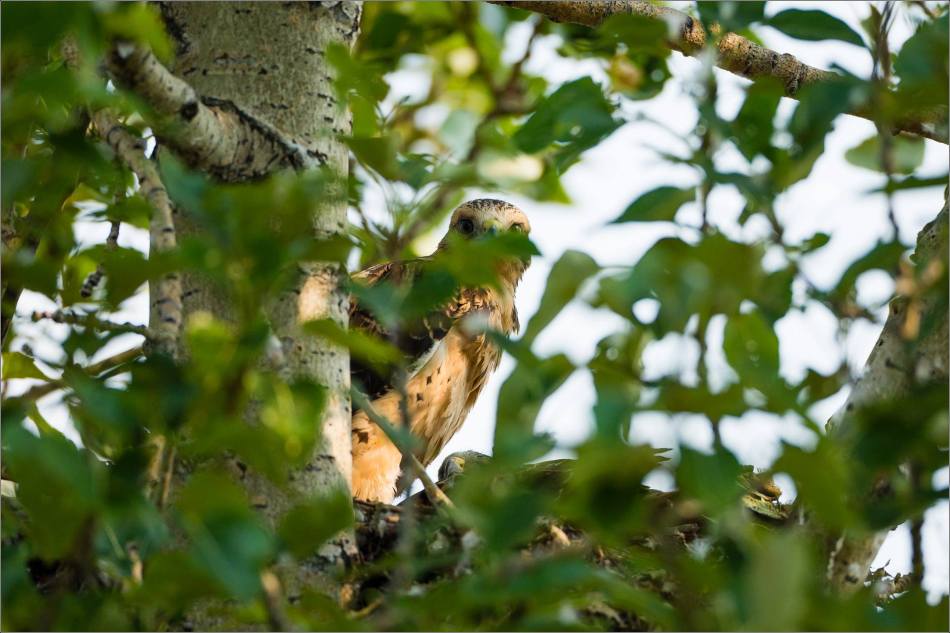 This hawk above was staring me down from her nest while I stopped briefly to see if her chick was looking out yet.  On a separate visit, I saw the young one’s stare was equal to its mother’s.

Earlier in the summer, on the same day as my running fox encounter, I was watching a female hawk on this ranch entrance when its mate swooped down.  When I saw the bird descending, as below, I thought it was attacking but it was getting closer for other reasons.

The hawk above had just finished a meal when I came by its perch on a fence near the airport.  It preened for a while before launching for a higher viewing point.  It stayed in the skeleton tree below before flying through the bare branches and gliding over the fields.

On one of the rainy mornings that I was out, this hawk flew alongside me for a few seconds which was really cool.  When it crossed over to the driver’s side and banked back, I caught the nice image of the downstroke of his wings below.

I will be trading the opportunity to photograph these wonderful raptors for the wild residents of Prince Rupert’s coastal rainforest next week.  I’m always excited about a return to the province I grew up in and especially when it is to visit a part of British Columbia that is new to me.  We will see what opportunities present themselves starting tomorrow.

This entry was posted on August 17, 2013 by Christopher Martin. It was filed under Birds, Hawks, Wildlife and was tagged with alberta, birds in flight, Canada, Hawks, nature, summer, Swainson's hawks, wildlife photography.