Lightning strikes on the prairie

A couple of nights ago, lightning was being thrown around by several large storm clouds as they spread out and rolled over the prairies.  After a spectacular sunset in Kananaskis Country earlier (the image below), I had just drove out of the mountains when I saw these strikes lighting up both the fields and the clouds.

I ended up pulling off of the Trans-Canada Highway at Hermitage Road to watch this summer performance.  It was just before 11pm when I set up my camera along a fence which was busy splitting up a meadow of wild grass.  The moon was out and waxing near full so the land was gently lit up.

It was warm but the mosquitos compelled me to put on a light jacket.  When a breeze came up around midnight, it was a perfect night to be outdoors.

Two hours flew by largely unnoticed before the storms had moved out of view and I decided to head home. 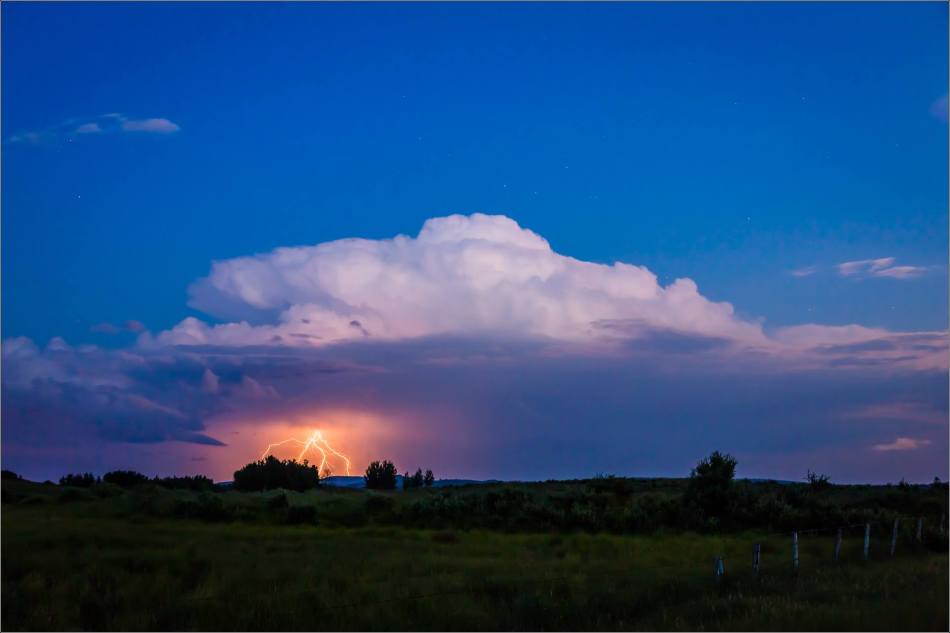 This entry was posted on July 21, 2013 by Christopher Martin. It was filed under Landscapes, Nature, Night Photography and was tagged with alberta, Canada, clouds, landscape photography, lightning, night, Prairies, storm, Weather.