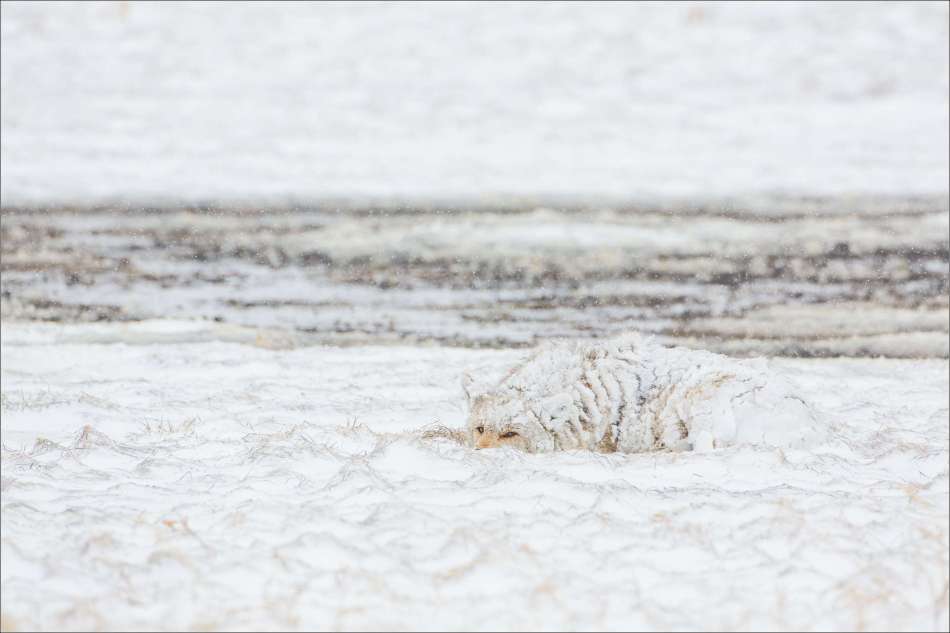 This coyote didn’t seem impressed with the storm that tore across the Foothills on the weekend.  The front of the blizzard was pretty wet so when the temperature started to drop, everything built up a layer of ice.  I suppose this creature didn’t feel like trotting around with the extra weight, and the blinding snow, so it laid down and burrowed in.  It was resolute to stay put and only watched me as I set up my camera and lens for this picture.  Most coyotes will perk their ears so I wondered if this one may have been injured or sick.  However, I went by a couple of hours later and the coyote had moved on.  The storm was still raging so maybe dinner had called her to action.  When I’d seen her earlier, I thought she might not leave until the weather improved considerably.