(as always, please click on any image to open a webpage with a higher resolution version)

The party for my son’s sixth birthday was scheduled for last Sunday but a heavy blizzard blew in the night before and travel on the roads was treacherous.  We postponed the party to save family from driving in the storm which left Kian quite sad for a little bit.  Fortunately his friends who live nearby bundled up, came over and we all headed outside for some tobogganing on the little hill behind our house.  Not much sledding happened as the gang decided a snowball fight was a better use of their energy and time.

With smile restored and spirits high, Kian had a great time playing and the rest of us followed his lead.  Kezia helped me to return fire after the attack above but then turned her sights my way a few minutes later.

Her brother liked Kezia’s idea and joined in the attack too – Traitors!  I was worried about a full mutiny but their attentions soon turned to other targets. 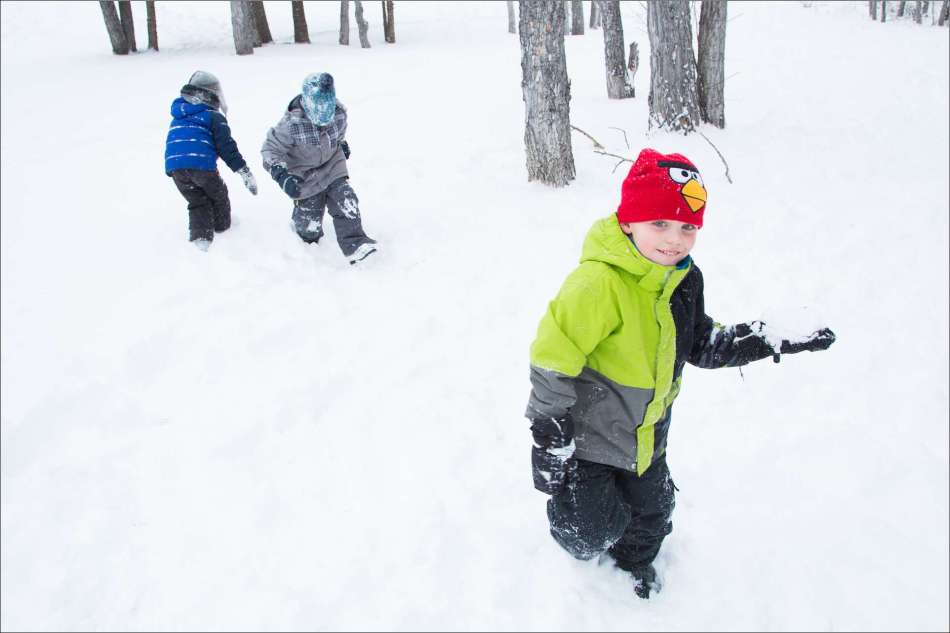 With a small crisis (though rather big to a young boy) averted, we ended up having a great day and Bobbi even arranged to have some cupcakes to finish off the birthday celebrations.  Which Kian enjoyed blowing out a solitary candle on (three times as I had a couple of different images that I wanted to make in mind).

This entry was posted on March 6, 2013 by Christopher Martin. It was filed under People, Personal, Winter and was tagged with outdoors, people photography, snowball fight, winter.