Driving up to Jasper on Friday, Jeff and I detoured through the Bow Valley Parkway to see what wildlife might be in the meadows or along the river.  We saw very little on the ground, one skittish elk and that was about it.  However, a little higher up, we spotted two separate Rough-legged hawks.  They were at opposite ends of the parkway, this one was in the skeleton forest in the Sawback prescribed burn area.  Jeff did well to spy this raptor where it was huddled on a branch a hundred yards off of the road.  With a long lens, I was able to pull it in and when it decided to fly I had a couple of seconds to make a couple of nice images.

The snow was falling pretty softly, a remnant of the storm that ushered winter into the park over the past week.  With the monochromatic background, the caramel and brown patterns in the hawk’s feathers looked particularly nice to my eye. 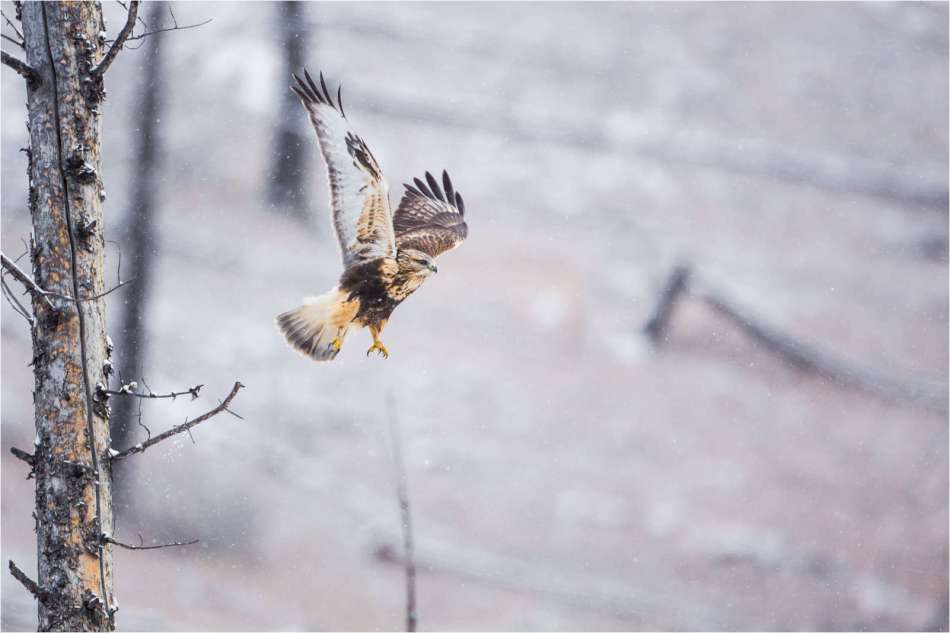 This entry was posted on October 27, 2012 by Christopher Martin. It was filed under Banff, Birds and was tagged with Banff National Park, bird, Buteo lagopus, flight, flying, nature, Rough-legged hawk, wildlife photography.