A wet coyote in the Spray Lakes valley 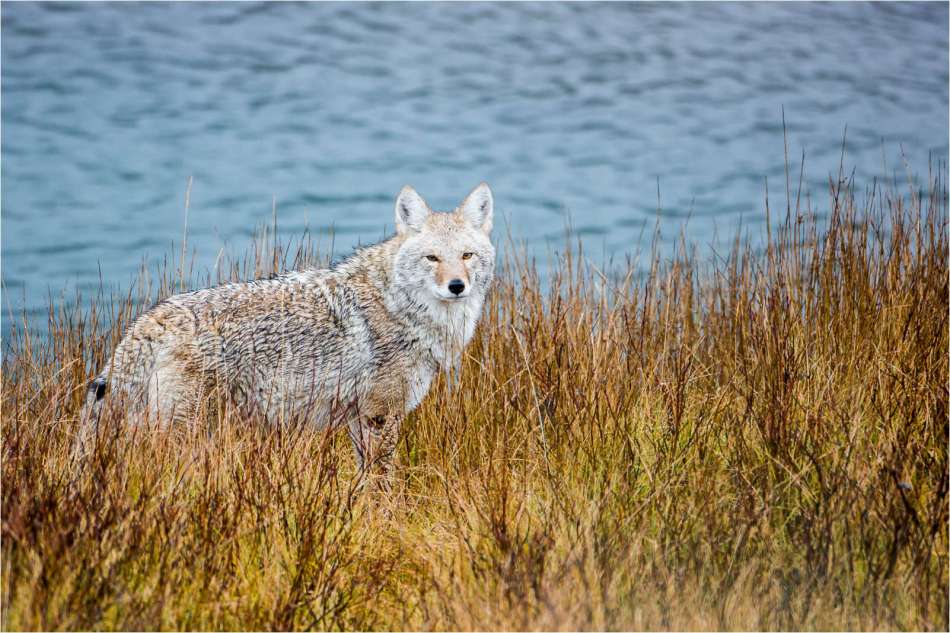 This coyote was scouting along the banks of the small river which winds back on itself several times as it crosses the meadow beside the road up to Shark Mountain in the Spray Valley Provincial Park.  It was almost cold enough for snow and the coyote’s coat was slick from the freezing rain.  The resulting glow made this healthy canine stand out beautifully against the long grasses. 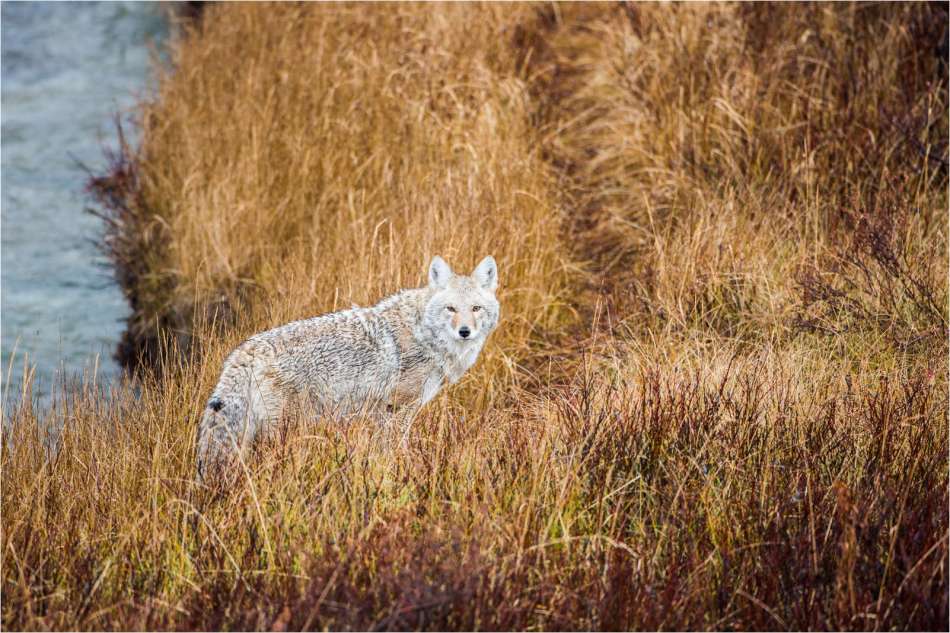 After watching us for a couple of minutes, the coyote continued along the edge of the river.  Eventually it crossed over the meadow and climbed up the hill. 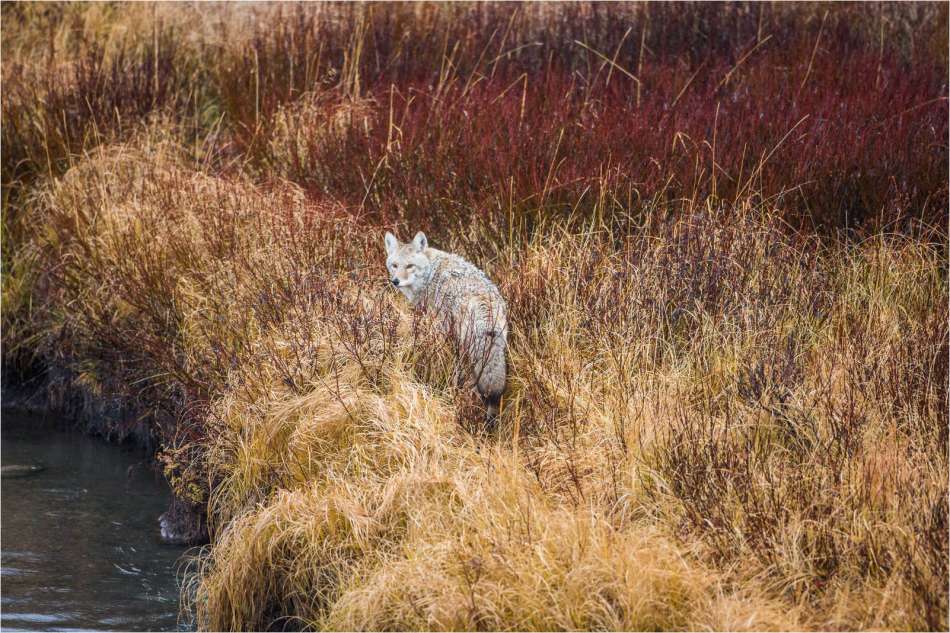 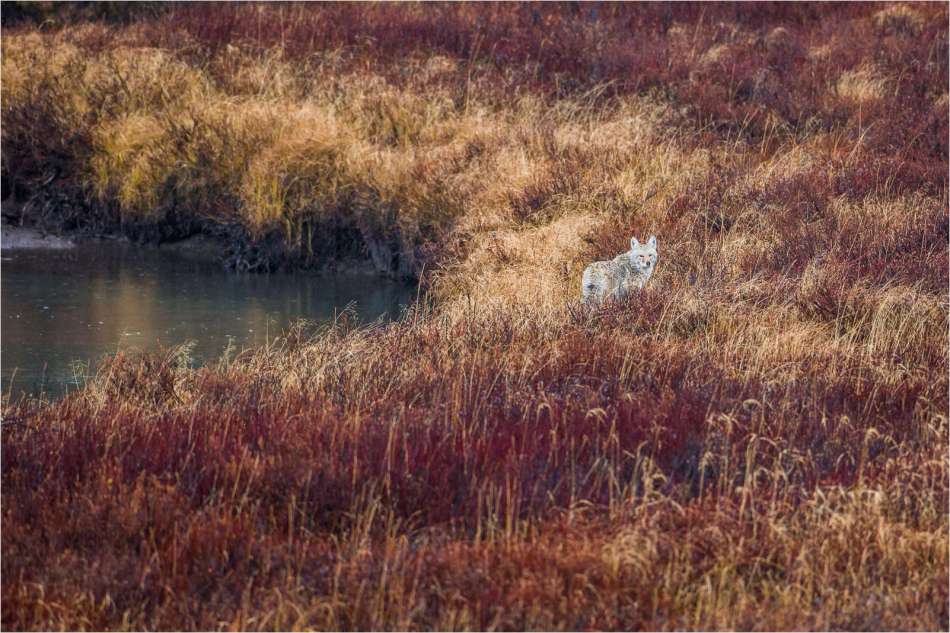 This entry was posted on October 26, 2012 by Christopher Martin. It was filed under Coyotes, Wildlife and was tagged with animals, autumn, Canis latrans, coyote, fall, nature, nature photography, Spray Lakes Valley, wildlife photography.