Herons on the water in Wild Rose 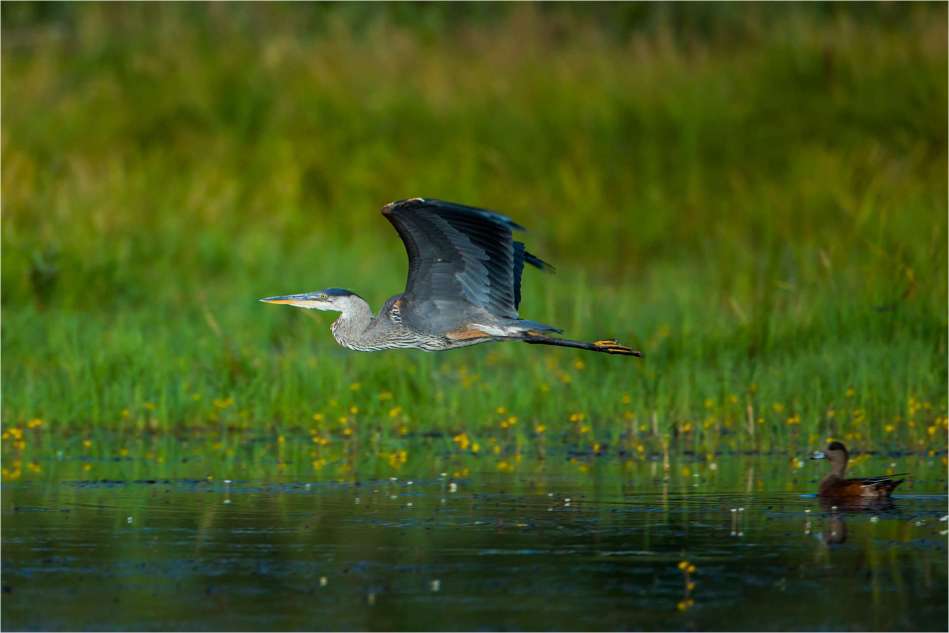 (please click any image for a higher resolution version)

I have watched and photographed this Great Blue Heron for the snow-free months along Wild Rose’s ponds and lakes in Bragg Creek for four years.  Last weekend was the first time that I have seen her in the company of other herons.  It makes me think that these are two chicks she has raised this year. 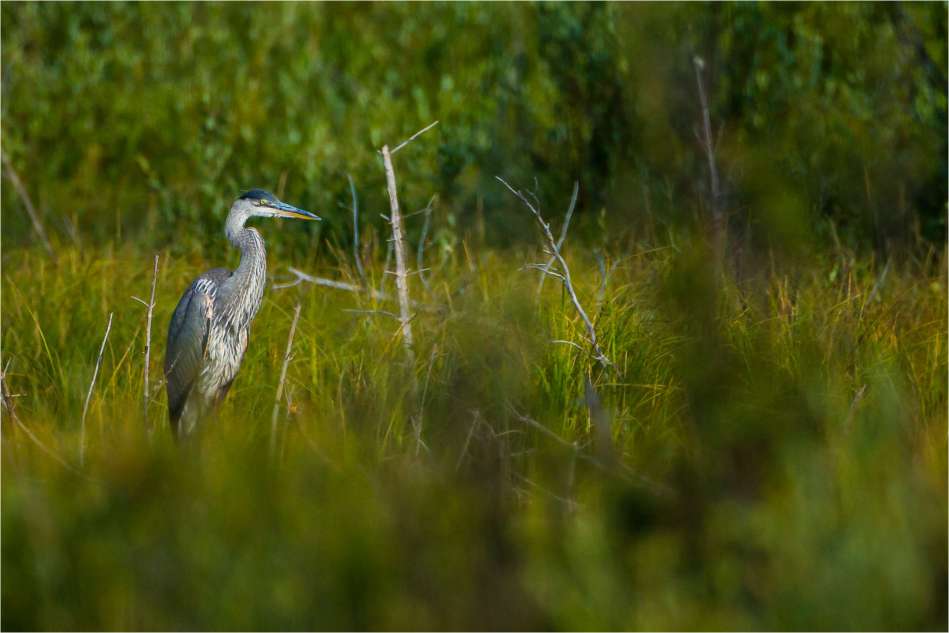 I spent an hour watching her perched in a tree across the lake from where I had set up my camera and tripod.  I was in plain sight a couple of hundred feet from a spot where she often hunts for fish.  When I spied her in the tree, I thought I would wait to see if she flew my way.  After waiting for a while, she swooped down into the westernmost pond just below the tree so I packed up and hiked over there to see if I could photograph the hunting.  When I got there I saw her and as I approached, I spooked one of the other herons.  I thought the heron I have seen for years was alone so I was watching her as I moved closer.  Stepping onto the small berm around the pond, I saw a flurry of wings beating as a heron in the grasses near me flew up and across the pond before landing near “my” heron.  I was even more surprised when I saw the third one stalking in the water behind a stump.  All three took flight a while later and went across the main lake into the tree where I have often seen the single heron preening and watching the water. 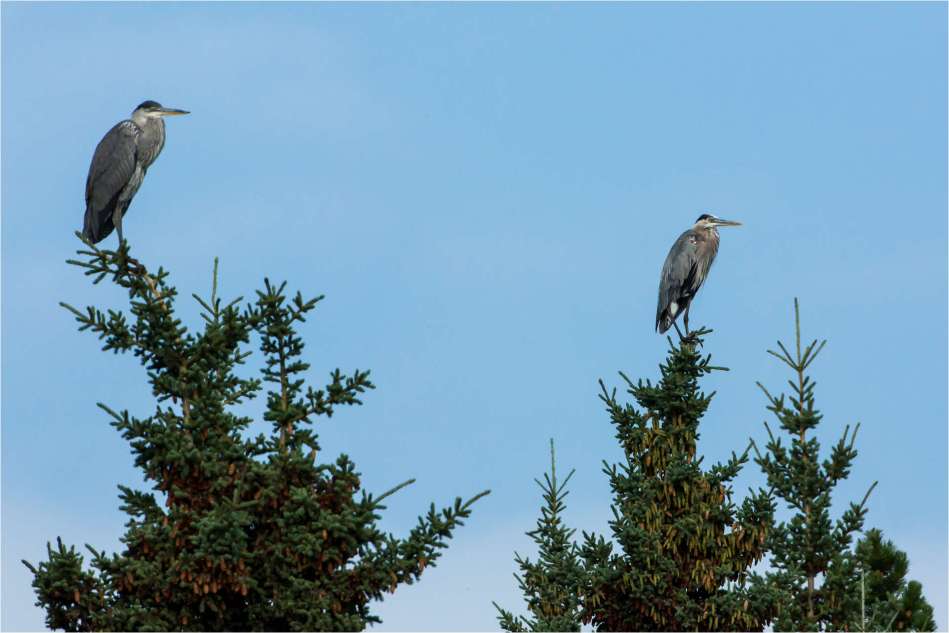 I went back to my original spot and watched them fly together to another group of trees where they could watch for fish while keeping an eye on me.  They stayed close together and the single heron seemed to be leading their movements around the lake.  I may be wrong but it seemed like a family day on the water to me.  I had my longest lens on my camera so the best I could get was two of the three birds in one frame.  I will have to pull out the second camera with a smaller lens next time to make a proper family portrait! 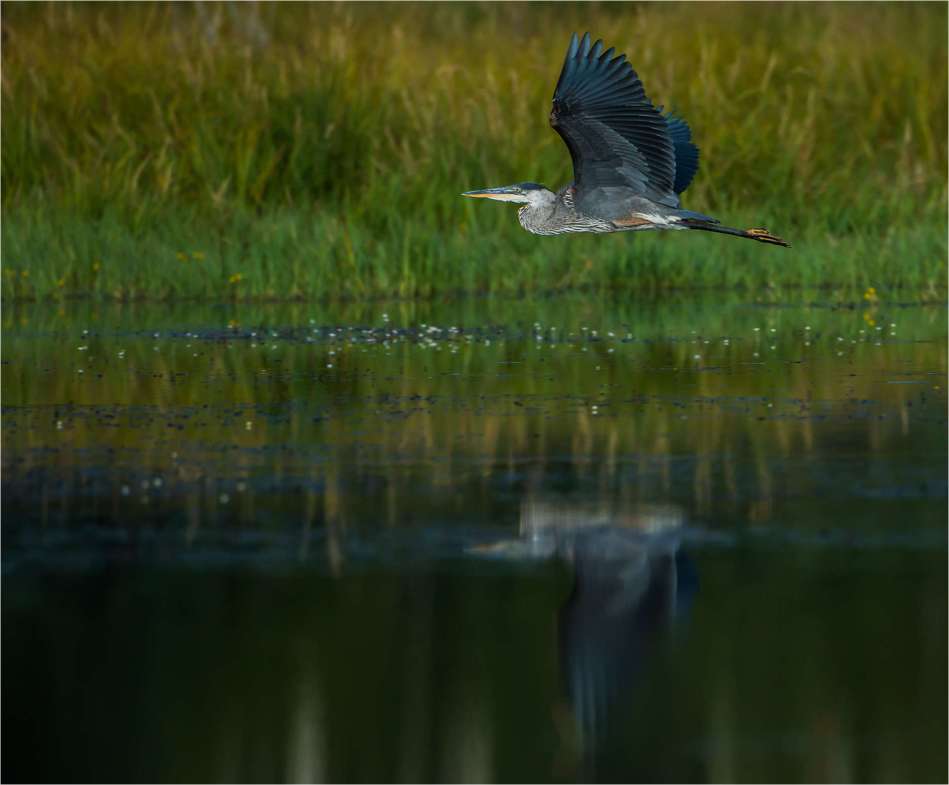