I spent the afternoon back at the Calgary Stampede Rodeo on Sunday.  Some great rides across all events matched with fine weather made for a great afternoon.  The rain came with a fury later during the chuck wagon races but left us alone for the rodeo. 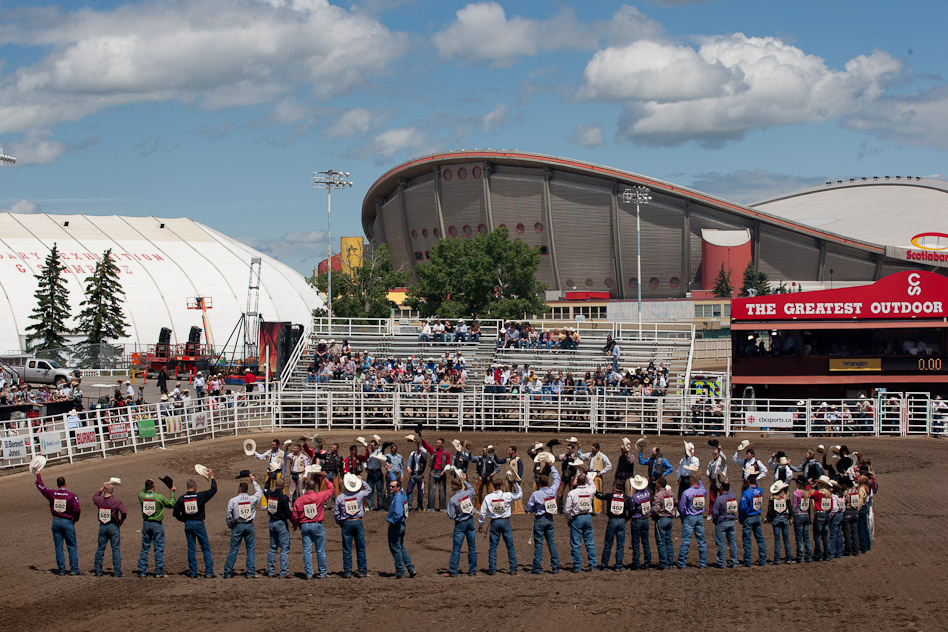 As is the custom all of the day’s competitors come out at the beginning to tip their hats to the crowd and stand for the national anthem.

Here one of the mares, Lush Margie, launches Jim Berry of Rocky Mountain House, Alberta on a short-lived flight.

Wade Sumpter of Fowler, Colorado leaps on a mini bull before trying to wrestle it to the ground. 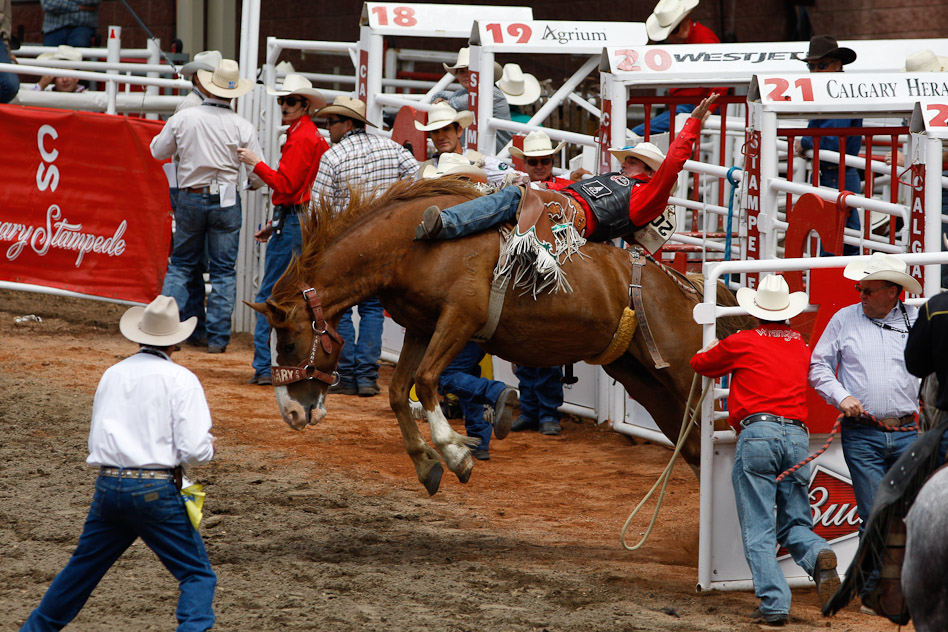 Leaping out of the chute like a beast on a mission, Broken Lady gave Ryan Gray of Petersburg, Texas a pretty entertaining ride.

Joe Gunderson of Agar, South Dakota pulls free of his ride, Kalispell Whiskey, as the horse runs along the rails sending the cowboys up the rails to get out of the way. 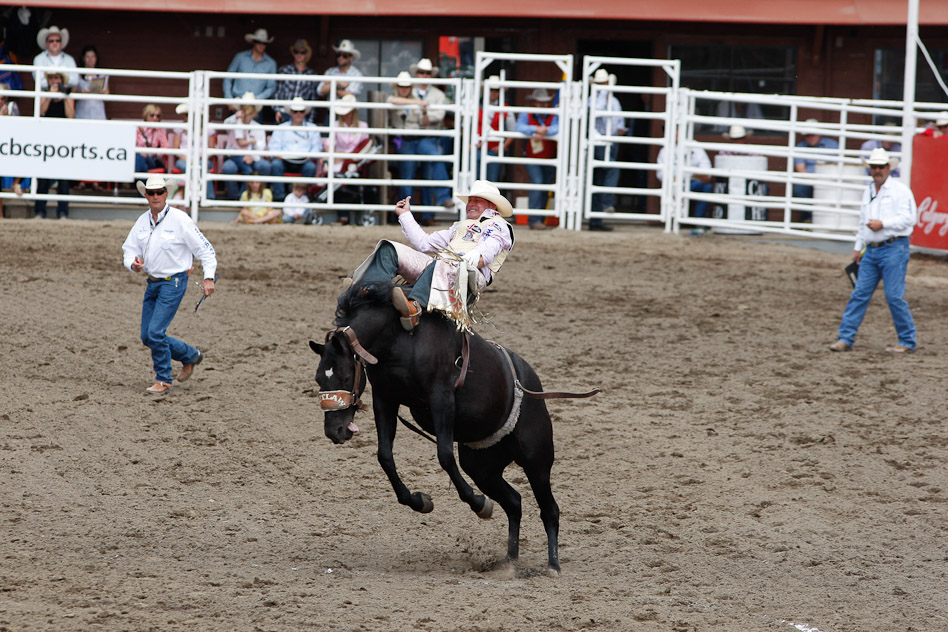 Kelly Timberman of Mills, Wyoming in the middle of a good test with Jay Bar Nine.

A break in the action for the Red and White

Clint Cooper  leaps while his horse stands on the brakes during the tie-down roping event.

Mid-flight after being flung well clear of the saddle during the saddle bronc event.

Cory Hines from Rocky Rapids, Alberta as he and Super Nest leap out of the gate during the novice saddle bronc event shortly before parting ways as seen below.