Strix Nebulosa – an evening encounter with a Great Grey Owl

On my drive home last night I spotted a large, oblong shape perched on a tree branch just off a gravel road on the forest’s edge near Bragg Creek.  Going at highway speed and being a couple hundred meters away from the object, I wasn’t sure what it was but I quickly turned around hoping that it was an owl of some type.  When I pulled up the gravel road, I was very happy to see it had not yet flown away.  I grabbed my camera, a telephoto lens and a flash and walked slowly towards the bird.  Even in the failing light, it was easy to identify my new friend as a great grey owl.  I kept the flash off as I approached giving the owl time to get used to my presence and decide if it wanted to model for me.  Great greys are mercurial, one encounter they will fly away as soon as they see you, another time they will stay but keep their eyes away from you.  This was one of the great encounters where it allowed me to come close and was not agitated.  At one point it flew away but then circled around me and came to land on a fence post about ten meters from me.  I photographed this beautiful creature for about fifteen minutes and then left it to continue its wait for the ground creatures to start their nightly forays into the open. 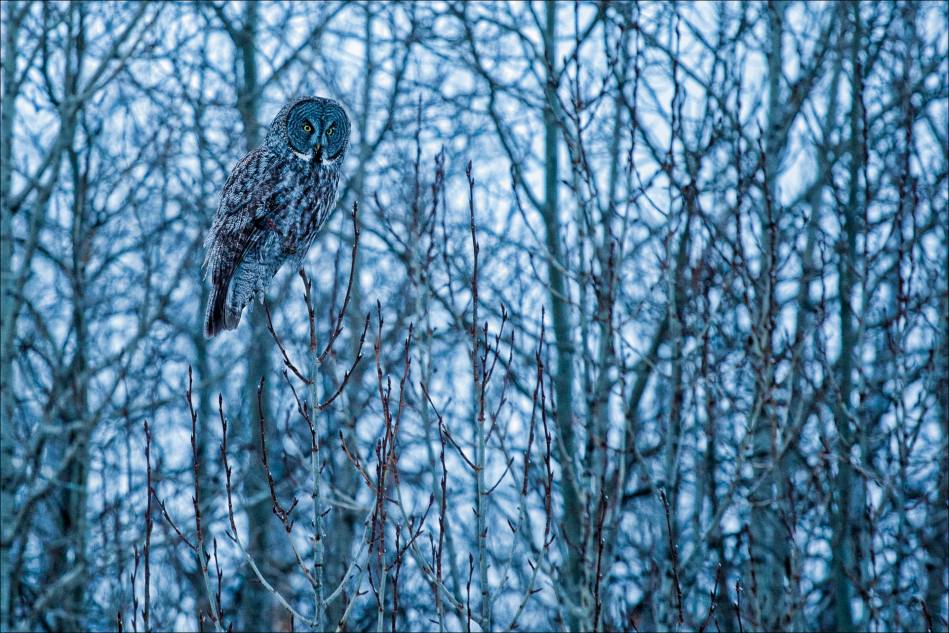 Perched on the top of a tiny branch this is where I first found the owl.  Given the size of these birds (wingspans average 1.4 meters), I’m always surprised when I see a visible demonstration of how light they are (average of 1.2 kilograms). 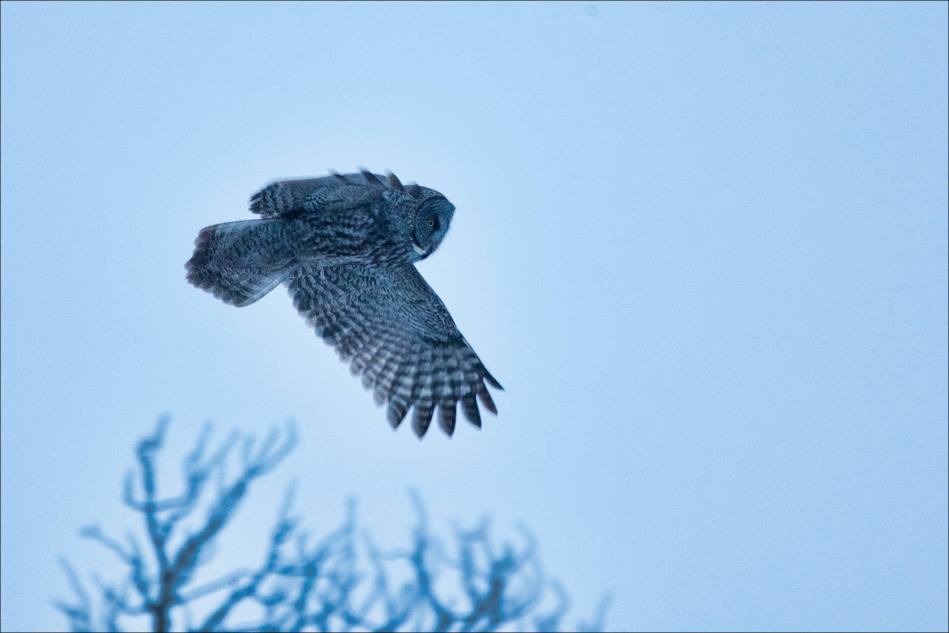 I thought the owl was leaving here but then it banked to the right and landed on the fence post across the gravel from me. 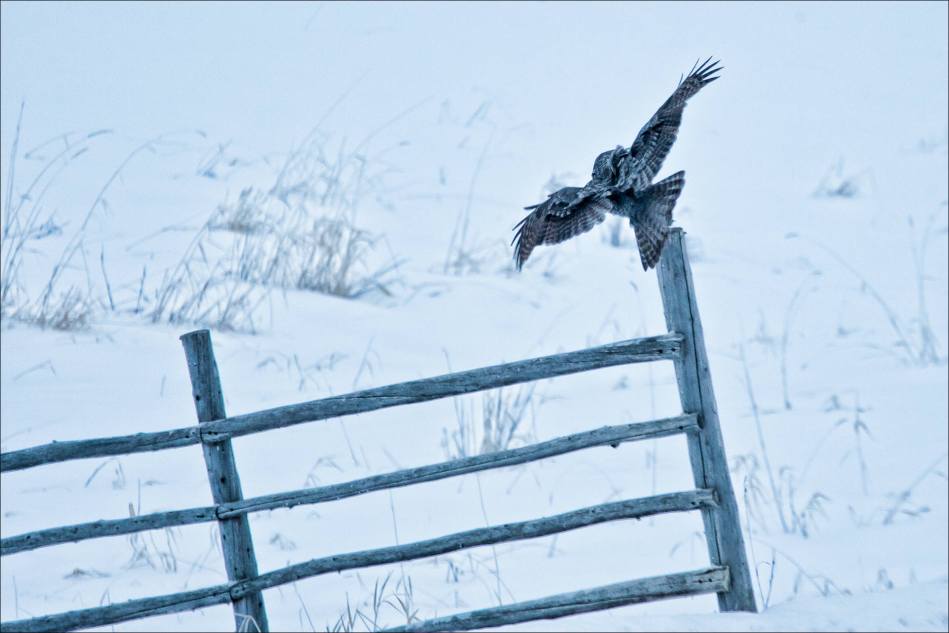 At this point, it was quite dark and the colors in the scene were restricted to blue hues and gray tones.  I turned the flash on to capture the brown color in the feathers and the yellow in the eyes.  The image I wanted to finish with was of the owl flying where you could see the motion and power in its flight before finishing the shoot.  I used a slightly longer exposure to get movement in the wings and panned with the owl as it launched and flew past me. 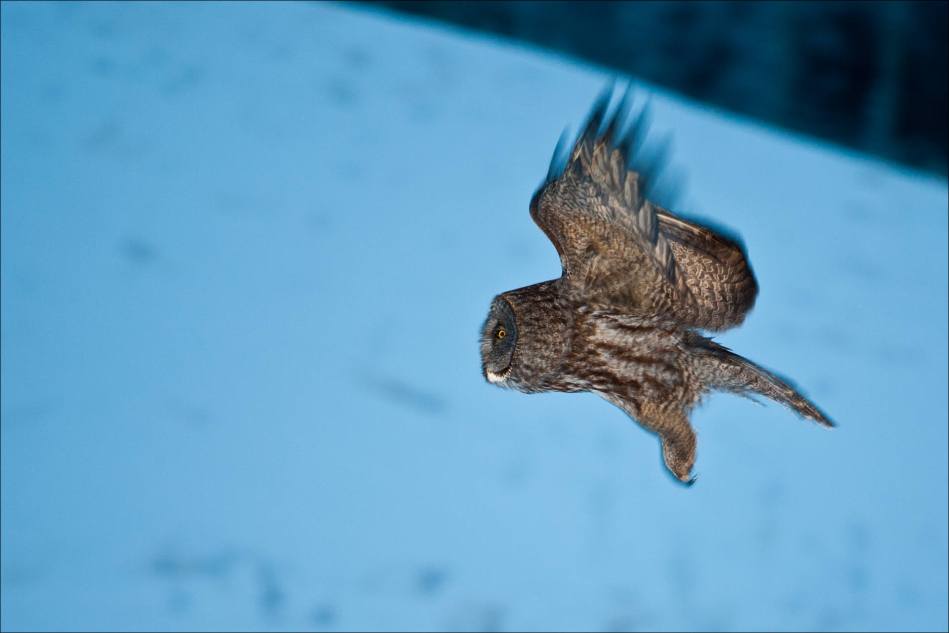 It doesn’t always turn out but when I can create the image I’ve imagined in my head it is a good day.  This is pretty close to what I was trying to capture in the photograph.  Thank you to Bobbi for managing the three-ring circus at home for an extra while longer last night to let me play with an owl for a little bit.